Author's note: I started writing this post in August, while my family were away and before the recent surge in energy prices.  The news prompted me to remember this post was in draft, so I'm releasing it now.  There'll still be some references that suggest it was published in August (part of England's summer).

By now we're all hopefully aware that humankind's lifestyle is damaging the environment one way or another, and COP26 was hosted recently to discuss this.  I've been thinking about our house's energy usage for some time, and recently got smart meters installed as part of my move to Octopus energy.  In this post I'm going to be looking at ways to reduce energy usage - both electricity and gas.  I'll be covering what I do at the moment plus detailing a small experiment I ran while the family were away earlier in the year.

As a side note, if you're in the UK and thinking about changing your energy supplier it's worth looking at Octopus.  One of the things I like about them is that you can change tariff without penalties (as of November 2021) so if they offer a cheaper one you can just switch to it.  From memory there's also no exit penalties if you leave them.  Of particular interest to me was Octopus' Agile tariff where you're billed per half hour and the prices fluctuate based on demand.  The jury is out on whether or not Agile is saving me money at the moment - we're still working out how best to use it (see below).

November update: Given the surge in energy prices I moved to Octopus' Go tariff in September, as Agile was regularly hitting its price cap which was not financially sustainable.  I'll look at moving back to it one things calm down, assuming they do.

If you'd like to give Octopus a go please consider using my referral link.  If you sign up we both get £50 credit (as of November 2021).

As I write this in August I'm home alone as my family are away on a camp.  This meant I could make changes without worrying about the family acceptance factor to see what the difference is.  To start with I've turned all appliances off at the socket, unless they're in use.  Our gas hot water is also turned off, and as this is summer I don't need the heating on.  Obviously I can only be in one room at a time so the lights are off unless I'm in that room too.

I can already see some issues for when the family return.  Firstly, having appliances off at the wall is an inconvenience (albeit minor) as they're not "instant on".  Some of the sockets aren't too easy to reach either, particularly not for a child, so I doubt this change would be adopted.  Research by others[1] has shown that it's worth not leaving equipment on standby - both in terms of reducing your kilo watt hours used and saving money.  In order for this change to be adopted I'd probably need to show a real financial benefit.

Almost certainly the family's biggest energy usage comes at meal times, when using the electric oven and hob.  During the week of the experiment I wasn't at home much in the evenings, instead visiting some people and eating with them (to be social, not because of this experiment!!).  I also had a curry from my local, fantastic, Indian restaurant.  This will skew the numbers but I'll try to allow for them.

Before everyone freaks out at the fact I'm not washing because I've got no hot water, worry not.  I still have.  We have a hot water cylinder that's very well insulated.  From past experience I know I can turn off the gas water heating for two days and still have hot enough water to shower[2] or wash up.

Comparing 12 degrees at 3kWh and 22 degrees at 5.91 kWh suggests to me the energy cost per degree is about the same, assuming that a 6kW immersion heater would have raised the temperature to 24 degrees (I could be wrong...).  This suggests there must be a difference in efficiencies between the two heating methods.  For a start, the immersion heater is in direct contact with the water, whereas the gas boiler doesn't have the flame in direct contact.  Nonetheless, the real cost difference here is actually financial.  My gas tariff costs me 2.97 pence per kWh, so using the boiler for that hour will have cost 17.55 pence.  Meanwhile, to heat the water with electricity, assuming a price per kWh of 35p (as I finish this blog post in November 2021 that's common for Agile 🙁), that would have cost me £1.05 - significantly more.

For those worried about the ecological impact of this experiment - I used the hot water after I'd made it, for example showering or washing up.  This likely accounts for the much lower second starting temperature.

Before starting work (I work from home), with only the basics powered on (freezers, Internet & networking equipment) the house was drawing 159 watts.  Powering on my home office took me up to 167 watts and that's just powering the monitor, lamp and phone.  Turning on the laptop charger bumped me up to 191 watts.  Bear in mind these will be approximate, point in time, values as fluctuations in power used by the freezers can happen at random.

To allow for the oven / hob use (that I didn't use), based on the kwH differences between "family" measurements and my measurements, at the time the appliance is usually in use, I've added 1.39 kWh to each day, leaving me at an adjusted usage of 7.89 kWh.  That's higher than I was expecting, but at least does show that I do use less energy on my own than all three of us do.  I'd be really worried if that wasn't the case!

I have very different lighting requirements to my wife, whose low light  vision and night sight is terrible.  On the other hand I'm happier in lower lights (so long as they're the right colour) so I've not had many lights on during the week.  Working in the home office I rarely have a light on, tending to open the curtains to let more natural light in as I need it.

Nonetheless, there's still a need for electrical light.  Most of the house uses LED bulbs or LED spot lights but there's still a few energy saving bulbs around too.  Sadly, as Matt over at Not Enough Tech shows, making these into smart bulbs won't save me money although I could reduce light pollution by having them not on if no-one is in, instead switching them on as Home Assistant detects the family coming home.  (I've not actually measured how long the lights are on when the family is home, perhaps a study for another time.)

This won't reduce energy usage but will help drop the overall demand on the National Grid.  Taking advantage of the electricity cost fluctuations on the Agile tariff from Octopus I can shift power usage to cheaper times.  For example, the graph below (from 23rd September 2021) shows the cheapest time is between 03:30 and 04:00.  Not shown on the graph, but sometimes the energy price is negative (meaning I get paid to use electricity) so those would be ideal times to run the washing machine / charge devices.  For the Agile tariff prices are capped to 36p per kWh.  Given the rise in wholesale prices from late August, Agile has been sitting at 35p per kWh for most of the day 😢.

I have an extension lead connected to a timer circuit that I programme to switch on at the cheapest times (when the national load is expected to be least).  For the moment that's a manual process - while on Agile I would check the website and then programme the timer - but I could put a smart socket in place and have Home Assistant switch it on when costs are low.  Since moving to the Go tariff the time powers on between 00:30 and 04:30.  If my battery powered devices are low on power I'll connect them to the extension lead so charge up over night.

Similarly while on Agile, I checked the tariff information and start the washing machine / tumble dryer (when the weather doesn't permit using the washing line to dry clothes) in the cheap periods.  Regrettably that's a manual process for the washing machine, which has no delay timer, but the tumble dryer allows me to delay the start by up to twelve hours.  Our water pipes cause a loud "thunk" sound when the washing machine fills, so that precludes me from starting its cycle as we go to bed, in the typically cheaper slots.

I'm unclear on the environmental benefit to changing when I use the electricity but, if I'm going to use it anyway, I may as well enjoy the cost saving.

What else could we do?

Photovoltaic solar panels may be an option, and I'd love to be generating my own electricity which would also provide some redundancy if there's a power cut.  Potentially I could sell some of my energy back to the grid too.  My house may be at the wrong angle for solar panels so I need to get a survey done to find the cost.  Similarly, we could add water heating solar panels to pre-heat water to the boiler, saving electricity / gas.

Pairing solar panels with a battery, such as a Powervault or PowerWall, would allow me to store unused electricity generated by solar panels during the day for use overnight.  The same batteries could also be charged up from the National Grid when electricity prices are cheaper overnight.  Both panels and batteries cost a lot of money so that's not likely in the family's budget at the moment!

Undoubtedly there's some less energy efficient appliances in the home, typically older ones.  That said, there's a trade off - replacing them with more energy efficient units causes the old appliance to go to recycling / landfill if no-one wants it.  For a serviceable device I struggle to justify replacement.

We all need to think about our energy usage, and it's very clear there's financial and ecological benefits to doing so.  To those that claim climate change is a myth, I put to you that your wallets and bank balance aren't a myth - at the very least change your usage to reduce your costs!

I'm also conscious I've only looked at energy usage here, but have not covered energy loss (insulation) or water usage.  We've recently discovered that we probably don't have cavity wall insulation (I thought we did have) so that's on the list.  I'd also be interested in flushing the toilets with rain water or run off water (the cold water you get while waiting for hot), although that's harder to engineer.  Items to consider in the future.

[1] The 2005 Intrusive Residential Standby Survey Report by WHO covered this, although it's worth noting it's 16 years old at this point and electronics have got more efficient in that time.

[2] I don't shower every day, otherwise my long hair would always be wet!

[3] Based on two consecutive weeks, one with only me home and the other with all three of us home.

Disclaimer: This is an unbiased post and not endorsed by Octopus Energy.  I have mentioned them because they're my current supplier and because my referral link potentially earns us both credit.  Octopus were not aware of this post prior to publication. 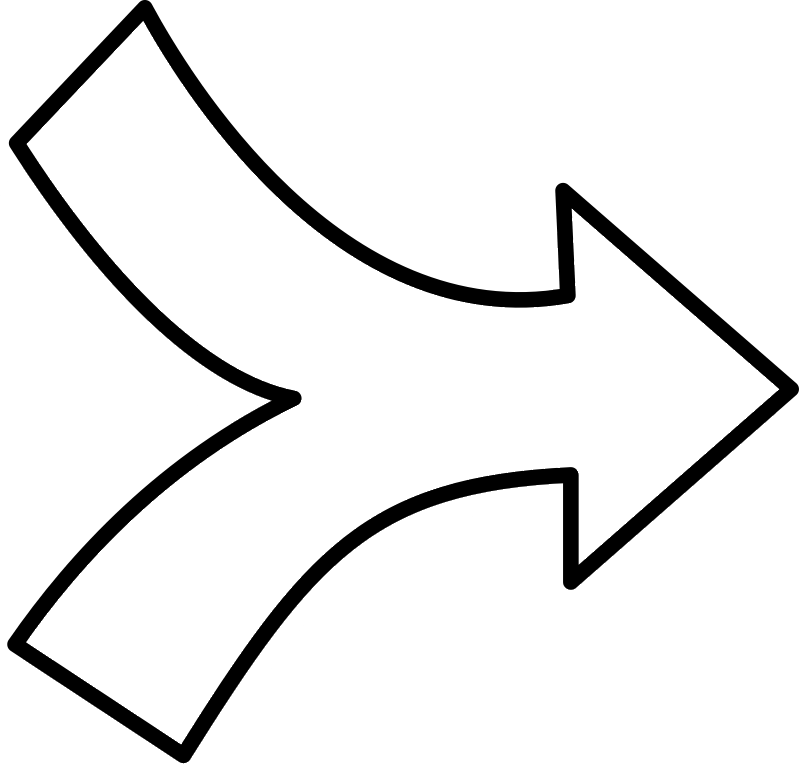