Hi, I’m Jonathan’s wife, Jules, and I’m going to write about sensory processing disorder and in particular tell you about the sensory toys we have.  I’m not an expert and have no qualifications other than 9 years of daily experience with our family.

Our child has Irlen’s syndrome (which Jonathan also has), is likely autistic and probably has sensory processing disorder.  We are awaiting formal diagnosis but that can take years on NHS[1].  She’s wonderful, kind, clever, fun to be around, is succeeding academically in a mainstream school, but does need some adaptations to continue to do this.

Irlen’s syndrome is where any high contrast image moves.  It’s a brain processing disorder, not a problem with the eyes and is corrected by using coloured filters, either as an overlay directly onto a page or screen, or as tinted glasses.  I will write a separate post about Irlens another time.

Autism is a spectrum disorder.  This means that some parts of the way information is processed are unusual and whilst a person may function “normally” or even brilliantly for some situations, others are incomprehensible or very upsetting.  It’s seen from birth and usually means the person has to learn strategies to manage well in everyday life, or that they need to make adaptations to how they live in order to succeed.

Sensory Processing Disorder (SPD) is often seen with autism.  It’s when sensations (touch, taste, sound, sight) are not perceived in the same way as a neurotypical person – the sensation is either much stronger or much weaker than normal.

Imagine you have a tickly label in your clothing.  For a neurotypical person, you would ignore it.  You might scratch it occasionally but basically it doesn’t stop you getting on with your day.  Our daughter would describe the same sensation as being rubbed with a cheese grater.  It’s not a sensation you can ignore – if someone was rubbing you with a cheese grater, you would do just about anything to stop it, and if forced to carry on your day with the sensation, you would be grumpy, unhappy and unable to focus properly on any task.  It would be a massive problem.

Now imagine instead you have finished work, you’ve had a long and very tiring day and you are longing to get in so you can just collapse on the nice, soft sofa with a cup of tea, or lie back in a warm bath.  That longing could be seen in SPD for almost any sensation – from rubbing bare feet on a scratchy carpet, putting your hands in water  / flour / slime, sucking or chewing something.  It’s a really strong, almost irresistible pull towards a particular feeling that you know is going to make you feel so much better.

A sensory toy is one that fills the need I described above.  Experts have divided up the sensory needs into different categories and have technical explanations for each.  I’m just going to describe the toys we have in the hope that some may be useful to someone who is reading this.

This is the most common type of objects we have.  Contained slime is preferable to take with us for going out and about (i.e. a sealed squishy toy rather than a kilogram of slime) but at home, we can lose hours to running hands through egg, pouring liquids from one object to another or making farting noises closing fists in PVA glue / slime.  Cornflour and water mixture is also excellent and I take a packet of dry cornflour on holiday with us. Hydrogel beads that you would use for flower arranging are great too – beware they bounce!

All my coats and bags have at least one squishy toy in them – usually unicorn poo slime as the lids seal well.  Interestingly, though our daughter loves this sensation, my husband hates it and will avoid it if possible!

Fidget cubes, Spirograph, slinkies, biros with clicky ends.  Anything that makes a repeating small noise and feel can be used to calm.  I bought two silicone washing up sponges and have never been allowed either to actually wash up with.  Fruit and veg nets are also excellent to stroke or push over your hand.

Mentos mints can avert shutdowns for us (like a meltdown but the person withdraws completely and can’t communicate).  Our daughter associates them with Guide camp which is one of her favourite events of the year.  Chewing gum was recommended by the occupational therapist and is also useful, saves the finger nails a bit.  Chewing gum is a good one for an adult as you can tuck it in your cheek, get on with your day and then secretly have a chew quickly in between events.  Dried fruit or bread sticks are good for chewing in front of the TV as they take a while to eat.  Plastic straws are great and quite socially acceptable for a young child out at a restaurant (I keep one in my bag and wash it for reuse).

You can also get chewellery  - jewellery you can chew.  Our child was a bit old for this once we found she would benefit from it, but rubber bangles bought from souvenir shops are really good for chewing on and mean she is not teased at school.

The autism consultant genuinely suggested we get a dog.  At the time, our daughter was struggling and the thought of adding another dependent was frightening when really I was only just coping.  Looking back now, I think he was probably right.  However, we do have a good collection of animals and they make a big difference.

We’ve had them since they were young and they are very tame and soppy.  Florence likes to go on the swing in the garden.  They all like a cuddle.

Also soppy as heck.  When our child had to record a video earlier in the year, she managed it with Thomas’ help – you can see her stroking him the whole time she is speaking.  It’s an example of when a positive sensation going on in the background can help a person do more than they think they can.  As a small child, she would always read better if she had a squishy toy in her other hand.

Every morning we spend time cuddling guinea pigs before going to school.  It’s calming and makes her smile, makes it easier to get into school.

Snails
It might be the slime effect again, but our daughter and her friends all love collecting snails.  Why not?

This is our gorilla gym bar.  It was recommended after the occupational therapist friend of ours explained that our child was just trying to tip when she was turning cartwheels / handstands everywhere constantly.  Allegedly, you can swing a motorbike and rider from this.  Certainly most visitors we have to our house stop and swing and it hasn’t moved yet.  It has however, necessitated chopping a hole in the door frame.  I have no regrets over this and it’s in use every day, several times a day.  Do remember to duck if you are tall.

We bought a trampoline just before lock down this year.  Surprisingly, it’s not used that much compared to the gorilla bar above.  That may be because our child is quite light sensitive and it’s harder to be outside in the sun than inside where you can control the light.

Our outdoor swing bar – currently in use as a swing!  This one has three different possible heights.  We do have a crash mat to go underneath if needed.

Our front room has a large free space in the middle for acrobatics and climbing on the sofas is acceptable.

We bought a weighted blanket late last year when they started selling them more cheaply and you could machine wash them.  This one was about £30 and washes well.  The weight should be 10% of the person’s body weight, and if you have to choose, choose the lighter blanket if you are on a weight boundary.  If your child / you like to sleep surrounded by pillows, with lots of covers, tucked in tightly, perhaps on a harder surface (like the floor) then consider a weighted blanket.

We have permission from our excellent school for our child to wear heavy DM boots to school.  She dislikes the act of putting them on, but once they are on, her manner is lighter and she’s happier, more settled.  Fortunately, you can get them second hand from eBay which reduces cost and they are considered “cool” which probably helps too.

Other stuff I think is important

Experts have suggested keeping all the sensory toys in one box to be opened in an emergency.  This seems counterproductive to me and ours are all over the house.  That way, you can walk past a toy, pick it up, get that sensory need sorted and get on with your day without ever getting to an emergency need situation.

Clothing is really tricky and underwear is a nightmare. Seamless socks and pants (try the shorts) help a lot.  Layers in clothing are awful, so no hoodies as the hood can be felt on her back.  No Velcro, no plasticated pictures on the front of a shirt or dress as it changes the feel of the fabric at that point, nothing that doesn’t fit perfectly so it moves with her rather than being loose or tight.  For Irlens, you can also add nothing with spots or stripes or in a colour that makes the person feel unhappy / sick.  T-shirts with seams that start at the neck rather than on the shoulder for the arm seam are much preferred.   Any labels have to be chopped out.

Often sensory needs are so innate that the person doesn’t realise they are doing anything unusual.  Chewing nails or biro tops are good examples of this, or turning cartwheels / handstands / flapping hands / spinning / sucking at a cuff or piece of fabric.  The person may genuinely have no idea that they are doing it, even if it’s a big action (like a cartwheel).  If a sensory action isn’t socially acceptable, or what you would like, then try to find an alternative that gives the same sensation.  Be gentle.  You may have to try a lot of things to find something that works.

If you think talking to me would be helpful to you, then please do email me ([email protected]).  Any sensible SEN (Special Educational Needs) parent will help another and you are not in this alone.

If you would like to read more on SPD, then try this book:

“Too Loud, Too Bright, Too Fast, Too Tight” by Sharon Heller.  It is very readable, lots of good suggestions for things to try. 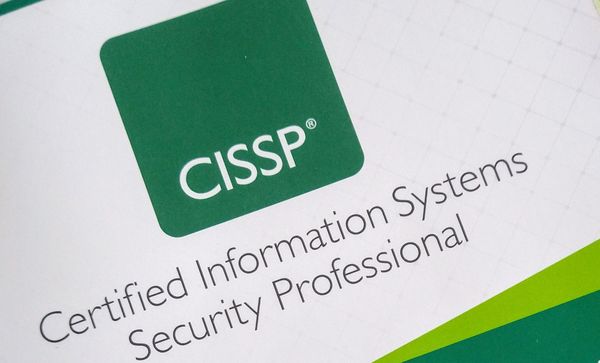 In early September 2020 I studied for the CISSP at an intensive six day course.

How to add the temperature & humidity sensor data to Home Assistant.