Google's commercial offering, GSuite, is slowly making inroads in to the business space.  A number of secondary schools are also using the product along with Chromebooks - a ChromeOS powered laptop.  In this post I'll discuss why I don't feel GSuite is ready for enterprise and local government customers.  I'll be fair and balanced (I hope) so will start by saying maybe the title should include the word "most" - "most" enterprise customers.

For transparency, I am a GSuite administrator for 2 local government authorities as well as my local church.  I'll be evaluating things from a user and administrator's perspective.

I'm aware there are large businesses, such as Airbus, using GSuite and there are certainly some compelling reasons to do so.  Looking at the RRP alone, GSuite is significantly cheaper than Microsoft's Office 365 package.  For my comparison, below, the key feature is email so I've compared the cheapest plans offering that service.

As of today (9th March 2019), the Office 365 Business Premium subscription giving you the applications (Outlook, Word, Excel, PowerPoint and Access) plus an email service (Exchange), cloud storage (OneDrive), Sharepoint and Teams will set you back £9.40 per user per month with an annual commitment.  Compare that to GSuite, whose cheapest option, Basic, provides email, a productivity suite and collaboration tools will cost you £3.30 per user per month.  Even the next GSuite tier up, Business, is only £6.60 a month.

To be fair to Microsoft, their Business Premium subscription gives you more storage (50GB email, 1TB OneDrive) than GSuite Basic (30GB for everything) so Microsoft wins that battle until you consider GSuite Business (£6.60 a month) gives you unlimited storage.

What needs to be considered though is the time and financial cost of moving away from Microsoft Office.  In honesty, I've used Google's free offerings for years at home so it wasn't a big transition for me, but enterprises with a strong dependence on Microsoft Office (macros etc.) will suffer a hit.

If cost was the only factor then GSuite would win, but it isn't...

This is the biggest problem I've found with GSuite use in larger organisations.  Finance teams often have a lot of macros in their Excel spreadsheets and Google Sheets doesn't implement those.  It's possible to re-write them in Google Apps script but that requires learning a new scripting language.  Unless your users are particularly IT savvy that might be a bridge too far.

In local government we have a lot of systems written by third parties that integrate quite well with Microsoft Office.  Finance systems that require Excel and legal systems that use Outlook are just two I can think of.  Software using MAPI to read or send emails will need Microsoft Outlook or some other middleware.

Google have a solution to the MAPI dependency in the form of the Google Apps Sync for Microsoft Office (GASMO).  Using GASMO you can interact with your GMail, Google calendar and contacts using Microsoft Outlook - sounds great for interoperability with those MAPI dependent applications.

Sadly there's a bandwidth limit placed on GASMO and a further limit to the number of times that counter can be reset.  If you're working with large mailboxes, like our legal team do, you'll find Outlook is unable to sync with GMail until the counter has reset.  Once you've exceeded your max resets per year you're out of luck though.

Note also that while compatibility with Microsoft Office is pretty good, it's not perfect so you'll find working with third parties not as easy.

Part of this gripe will be down to a lack of familiarity, but I still can't help thinking there's a better way to manage the GSuite environment.  I've been a Windows administrator since I was 13 (read "a long time") so I'm very familiar with Group Policy and similar administration tools.  To adjust settings for users I create a policy and attach it to the organisational unit (OU) containing that user, further filtering who the policy applies to as necessary.

GSuite doesn't make it that easy.  There's still the concept of OUs but instead of viewing the OU structure and all settings applied to it you have to view the settings and apply them to an OU.  This seems crazily backward!  I'd expect to look in one place to see all the settings applying to an OU, but am forced to look across many pages of settings.  There's also no granular filtering so if I don't want a user to be affected by a setting I have to put them in yet another OU.

If you start to work with Google Cloud Platform you'll find another set of permissions and settings.  To complicate that further, some permissions are based within GSuite roles so you'll have to manage two different permission sets.

Google are clearly aware of these shortcomings and offer an API so third parties can produce tools to fill the gap.  One of our suppliers offer a management suite and there's also the open source GAM by jay0lee which is powerful but requires a bit of work to set up.  Note these are not supported by Google.

Too much power with the end user

Many administrators are used to the idea of granting access to files based on an appropriate request.  For example, an employee might be off on long term sick so their manager requests access to files their subordinate was working on.  Ignoring the fact those files should probably have been in a shared location, the request is reasonable and fairly common.  In a Windows or Linux / Unix environment an administrator would be able to provide access to the manager.

Not so in GSuite.  The user has absolute control of their files so the administrator cannot grant access short of resetting the user's password and logging in as them.  From a privacy perspective this is a good thing, but considering this is a business account, so there shouldn't really be files the manager would be forbidden from seeing (in many cases) this is a ludicrous decision to have made.  There are also implications for investigations as the user would immediately know something was up.

Google Vault allows a level of eDiscovery to help with this but it's not perfect and I find the interface somewhat clunky.

GSuite has some fantastic features and I really like the collaboration tools.  Multiple people can simultaneously edit a document / spreadsheet, add comments or suggest changes which can certainly speed things up.  Being able to share access to a document also saves the problem of emailing round copies which are then independently edited and then have to be merged back together.

I like the availability of the apps - I have Docs on my PC in my browser (on multiple operating systems), my phone and my tablet (Android and iPad).  For the most part the user experience seems to be the same which is good news.

Uptime seems to be reassuringly good too, with fewer outages than Office 365 which has regular outages (see here, here and here).  I've only noted an issue with GSuite once or twice in the years we've been using it at work and both issues were solved fairly swiftly.

GSuite seems to be great for small organisations, charities and those with little existing software it needs to interact with.  If I was starting a business I'd choose GSuite and make sure the systems I bought worked with it.  If you've already got a lot of systems that you've invested time and money in, GSuite may not be for you.  Hiring a developer to write an interoperability layer may be your only option if you proceed down the GSuite route.

The collaboration tools are fantastic and costs are low.  Additionally, if you're a charity or not-for-profit you can have GSuite Basic for free.  GSuite also works very well with Chromebooks, devices which boot up very quickly, tend to be very light weight and have fantastic battery life.  While Chromebooks aren't great for everything (I couldn't do my job on one) they're a good choice for your average office worker.

Ultimately, if you need to work with older systems and other Microsoft houses, GSuite is not for you at this time. 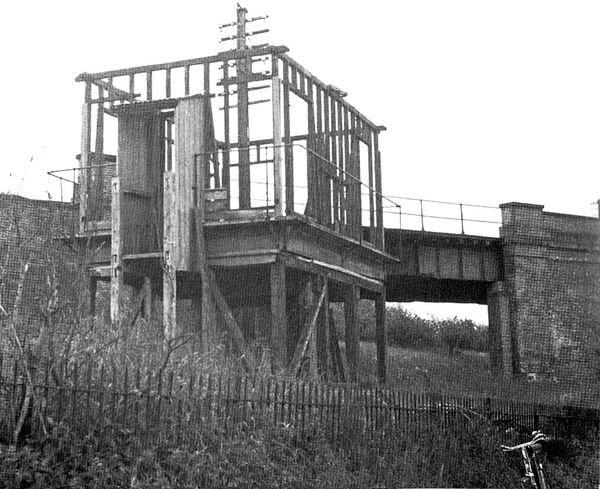 I had unfinished business with Harbledown Junction and conclude my research in this post. Probably!

When faced with an application that wouldn't connect to the Interet because the proxy was in the way, I used Procmon and Wireshark to prove that was really the problem.